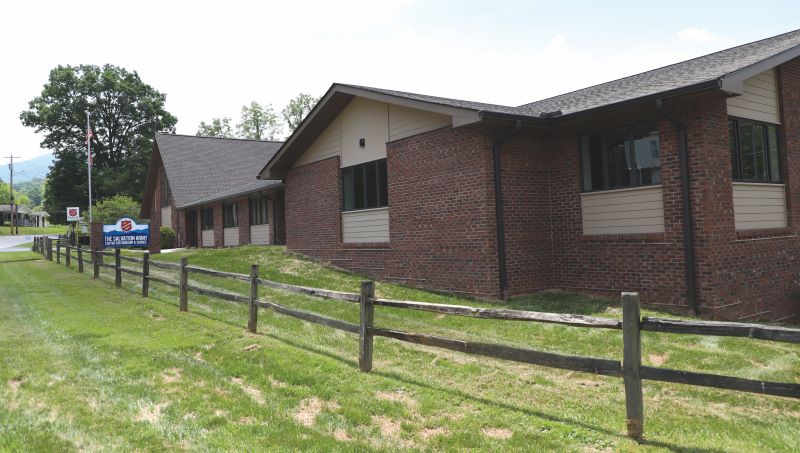 Nearly doubling the square-footage of the Waynesville, North Carolina, Corps building, a special ceremony was conducted by the North and South Carolinas divisional leaders, Lt. Colonels Jim and Linda Arrowood. The dedication was part of a two-fold event held during a Sunday worship service honoring Majors David and Debbie Cope, who retired from active service as Salvation Army officers after 35 years.

“There hasn’t been an improvement to the building here since 1965,” Major David Cope said. “The older portion of the building was not handicapped-accessible, nor was it client-friendly. People coming to see our social worker had to sit in the hallway, so we knew our guests needed the privacy and respect they deserve.”

An elevator now makes the entire facility accessible, and the additional 4,000 square feet of space will be used for regular programming, but also for seasonal outreach such as Christmas intake and distribution and emergency disaster relief operations. “The extra space can also be used for shelter in times of emergency,” Major Cope said.

“God is good and has provided this wonderful blessing, but now I have to turn it over to a younger generation,” Cope mused, referring to the incoming corps officers, Majors Michael and Susan Rodgers.

During the dedication ceremony, the Divisional Commander read Scripture from 2 Samuel 7:22: Sovereign Lord, You are God…the house of Your servant will be blessed forever. Colonel Arrowood then thanked the Waynesville Advisory Board, community supporters and volunteers for the hard work done to make the building renovation and extension possible.

“This place is inviting to everyone,” he told the audience. “It is a place for the whosoever; a place of inclusiveness; a safe haven for everyone. It is a place where The Salvation Army can meet human need without discrimination in the name of our Lord Jesus Christ.”

If we do this one heart at a time, Colonel Arrowood observed, “What an impact this building will make in this community!”

Community Comes Together for Food, Coffee, and Fellowship in Quincy, Florida