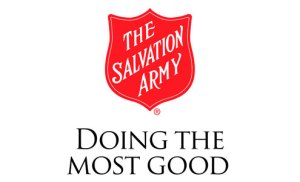 The Salvation Army responded quickly to assist first responders and others affected by mass shootings that left 31 people dead and dozens, injured, in El Paso, Texas, and Dayton, Ohio.

Within hours of the El Paso shooting Saturday, Aug. 3, The Salvation Army deployed a mobile kitchen to provide drinks, snacks and emotional and spiritual support. The ministry continued into the following week as the police investigation continued.

“This week we have seen as many as 150 first responders and law enforcement coming to the aid of El Paso, and we want to help them in any way we can,” said Nora Aviles, emergency disaster coordinator for The Salvation Army in El Paso. “As well as providing practical help and refreshment, we continue to pray for those involved and for our city.”

The field kitchen prepared breakfast, lunch and dinner at the Family Assistance Center and was expected to remain in El Paso for two weeks. Volunteers and staff from the El Paso Corps and volunteers from the Southern Baptists were preparing and serving these meals.

The Salvation Army also set up at a family reunification center established nearby, offering water, snacks and emotional and spiritual care to those directly impacted by the event.

The Cincinnati unit was released by the police department Sunday evening, but local Salvation Army personnel from the Dayton Kroc Center continued to be available.

Commissioner Willis Howell is calling on Salvationists to pray for the nation in the wake of tragic mass shootings in Dayton, Ohio, and El Paso, Texas, and to engage intentionally with people on the margins of our society.

The territorial commander posted a video message on the Southern Territory’s Facebook page asking Salvationists to be a force for good in the wake of the shootings that resulted in the deaths of at least 31 people on the first weekend of August.

“This is not a time to wring our hands or run away,” Commissioner Howell said. He said his heart was broken by the tragedies, but he asked the territory to join him in prayer not only for those grieving and suffering because of the shootings but also for the perpetrators of senseless violence.

Rather than condemning the world for its darkness, “let me challenge you instead to increase the wattage of the heavenly light you’ve been given because, as we know, light always eliminates the darkness.”

He referenced the song taught in Sunday school – “This Little Light of Mine” – and that more than ever, Salvationists should take every opportunity to share that light with their neighbors.

“This is not the time to huddle behind the walls of our corps or behind the walls of our centers,” he said. “It’s game time. This is the very time for us to intentionally come out from behind our closed doors and be the light we sing about. I call on all Salvationists in the Southern Territory to intentionally shine the love of Christ as brightly as you can in your community.”

Commissioner Howell urged the territory to make every effort to reach out in love especially to people from backgrounds different from our own. 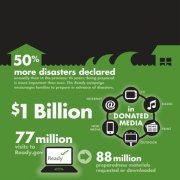 In a week of virtual fellowship, TYMI delegates learn of God’s unfailing love