The Salvation Army responded to a call from Chatham County Emergency Management Agency to provide food and hydration to approximately 175 first responders, including local public safety, FBI, GBI and military officials on scene of a crashed Air National Guard WC-130 near Savannah, Georgia. According to the U.S. Airforce, the C-130 was from the 156th Airlift Wing in Puerto Rico and was on a training mission when it crashed.

The crash occurred a few miles away from the Savannah/Hilton Head International Airport, off state Highway 21, and five miles away from The Salvation Army Savannah Garden City Family Store.

“During this difficult time, The Salvation Army is offering prayers and support to those on site, the communities affected, and to the families of those suffering loss,” said The Salvation Army of Georgia Emergency Disaster Services Director, Lanita Lloyd.

Highway 21 was severely damaged and officials say it will be shut down for an undetermined amount of time. “The Salvation Army will continue to provide feeding, hydration and emotional and spiritual care for as long as needed,” said Linda James, Business Administrator for The Salvation Army of Savannah, Georgia. 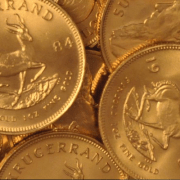 The Building is Not the Army! We are the Army!

Going Above and Beyond--It's a Team Effort