The Salvation Army meets human need in a variety of ways

The Salvation Army’s mission is to meet human needs in God’s name without discrimination. Human needs can be a variety of things: filling stomachs, sheltering persons without a pillow, preventing someone from being evicted by helping with rent, providing utility assistance for an elderly family member to keep cool in the heat of the summer and so much more.  In some instances, human need can also be a cup of coffee, a prayer or even inspiring a smile.

Recently, Lt. Colonel Allan Hofer, Arkansas-Oklahoma divisional commander, contacted Salvation Army officers throughout the division, touching base with them out of concern for their well-being. With officers on the front lines of the COVID-19 crisis, and as the weeks have turned into months, it may feel like there is no end in sight of the extraordinary demands required of them. One of his questions was, “What was your greatest fear and greatest joy?”

For this story, let’s focus on the greatest joys shared by two officers. 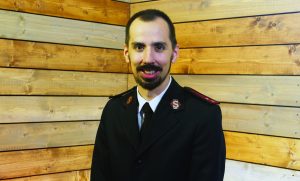 Captain Ian Carr, Bartlesville, Oklahoma, corps officer, told of a recent visit he had with a long-time advisory board member, Dick Cooper. Due to illness, Cooper hadn’t attended a meeting in the past three years, yet he remained a member due to a family history and impact on The Salvation Army. When Captain Carr discovered the health of this board member was worsening, a decision was made to make a special presentation of a certificate of appreciation to him at his home.

Upon arriving, Captain Carr was greeted by Cooper’s family. Dick Cooper’s wife, Irene, shared how proud her husband was of the Army through his work with disaster services, the advisory board, social services and more. Cooper was exuberant upon seeing Captain Ian and shared stories about his experience with the Army. 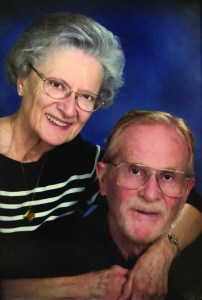 The family also shared that Cooper’s health was critical, and they were overwhelmed with pending funeral arrangements, the grieving process and questions of life after death. Amid COVID-19, and with great demands on his time, Captain Carr gave a precious gift to the board member and his family: his time, his ministry of Christ and his heart and grace.

Sadly, Irene Cooper recently passed away. Captain Carr represented The Salvation Army at her funeral and did so again when Dick Cooper died; he also served as a pallbearer at the funeral, June 22. While sharing his story, Captain Carr said he realized that it might sound awkward “finding joy” in a time of grieving, but he felt great joy in providing a simple ministry of God’s love and power over death to a family in service to The Salvation Army.

The other story came from the Captain Joshua Robinett, Northwest Arkansas area commander. He shared with Lt. Colonel Hofer a letter from a 71-year-old resident of Fayetteville, Arkansas, who has been a daily shopper at The Salvation Army Family Store for many years. 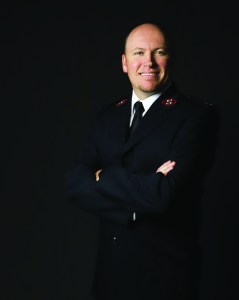 Over the years, she has become friendly with many store employees she deems “exceptionally helpful and friendly.” She stated one of the benefits of shopping at the Family Store is the fresh produce for customers to take home at no cost.

She mentioned the stores were closed for some time due to COVID-19, and that she didn’t have access to purchasing food. She told Captain Robinett how much she appreciated the food boxes being provided by the Northwest Arkansas Salvation Army and the fresh produce available in the store.

She ended her letter with a story that a few years ago, her daughter passed away and she didn’t visit the Family Store for over a week. Her heart was encouraged in her grief when she received a call from one of the employees, asking if she was OK. The kindness exhibited that day went beyond duty; it showed passion and compassion from an employee who chose to go above and beyond.

The stories above are just a tiny part of how human need is filled by The Salvation Army in ways that are not necessarily tangible yet bring joy to the souls of those we serve. 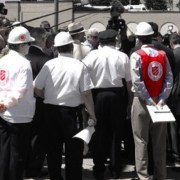 The Salvation Army Responds to the Tragic Building Collapse in Philadelphia

The Salvation Army provides over 209K meals to date in Hawaii & Pacific...
%d bloggers like this:
Scroll to top