As The Salvation Army throughout the USA continues to provide ongoing assistance during the pandemic, three south-eastern Divisions within the USA Southern Territory prepare personnel and resources in prepartion for the arrival of Hurricane Isaias.

“Experience has taught us that when it comes to hurricanes, we need to prepare for the worst but hope for the best. As such, we are preparing to respond to the needs of our community on a moments’ notice,” says Captain Jeff Marquis, Corps Officer serving the Treasure Coast of Florida.

“Our mobile feeding unit is prepped and stocked, our volunteers are making preparations to be available to serve, and our staff are coordinating with local officials to ensure sufficient coverage. While our prayers are for minimal impact, we stand ready to serve should the need arise.”
Captain Jeff Marquis: Corps Officer, Martin County

“The people of Miam-Dade County can rest assured that in the wake of a storm The Salvation Army will be there to serve,” says Major Roy Williams, Miami Area Commander. “Our mobile feeding units are stocked and ready to serve once the storm passes. Our personnel and volunteers are prepared to aid in response to any disaster.”
Major Roy Williams:Area Commander Miami, Florida

The Salvation Army of Georgia’s emergency disaster service stands ready and prepared in advance of a possible impact by Hurricane Isaias along the Georgia coastline. The Salvation Army of Georgia has ready 25 mobile feeding units (canteens) which can be stationed to quickly provide feeding, hydration, and emotional and spiritual care throughout any impacted areas, including five new rapid-response units recently added to the fleet. The Salvation Army of Georgia also has bottled water, clean up kits, and 10,000 meals in their disaster services warehouse, located in McDonough, Georgia ready to be distributed at a moment’s notice. As multiple factors currently limit anticipating a clear and predictable track for a possible impact of Hurricane Isaias’ on Georgia, The Salvation Army will continue to assess and evaluate the situation to determine any anticipated impact, and will appropriately deploy resources as needed to help those in the most severely affected areas.

Sons of the Savior: Don’t call these Salvationists a motorcycle ‘gang’; they’re a ministry 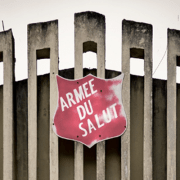 Salvation Army Carolinas Watching and Ready to Respond as ISAIAS Tracks Towards...
%d bloggers like this:
Scroll to top