Six months after the COVID-19 pandemic took hold in the United States, Salvation Army leaders are looking ahead to how things must change as doors open to corps and administrative buildings across the USA Southern Territory. With that as the backdrop, a panel convened in mid-September, first recording a multi-part conversation for Soundcast’s Words of Life podcast to be released in October across all platforms. From there, a similar group came together for a live, streaming conversation via Zoom and Facebook, discussing the developments to this point and glancing at the takeaways that should arrive with an eye toward the future.

“We wanted to have these kinds of conversations in a public forum, in part because there are sometimes challenges in presenting best practices with each other,” said Bernie Dake, territorial director of communications. “It allows people to be able to communicate those things in a way that others can engage with whenever they choose, seeing people they trust and hearing what others are going through.”

Dake was joined in the public forum by an eight-member panel, representing different constituencies and intentionally diverse in its makeup.

The conversation, which can be seen below in its entirety, included numerous topics. The group began by discussing local reactions to COVID-19 in the early days of its impact, with a pivot to a discussion on the reality of mental and emotional challenges prompted by quarantine-driven isolation.

Major Friday noted the success of a telephone hotline, started in the Southern Territory, in providing hope and a listening ear.

“Our phones are ringing a lot more in the past six months than they were before,” said Lieutenant Raymer. “I count it a joy to be a listening ear for people to call.”

From there, countless stories were told of how The Salvation Army went to work, making the most of the situation and providing help and spiritual care to many.

“It was very organic for us,” said Captain Blusiewicz. “When crisis happens, that is who we are in The Salvation Army. We embody doing things and doing it in the name of Jesus, and it starts with discipleship and having that relationship with the Lord.

“Our soldiers started a sidewalk Sunday school, using materials from the Orange curriculum and some stuff from ministry toolkit … They would go out to our kids’ homes and to soldiers’ homes, taking as much or as little technology, and just play with the kids and be in the front yard. What we saw happening was everybody was looking at that yard saying, ‘What in the world is going on with the Salvation Army bus down there?’ and everyone would come out. It became a standard thing. Our soldiers would blitz communities, tell stories and then come back and do it again.”

There was an emphasis on collaboration and the sharing of resources, with Captain Good shedding light on the creation of “Church in a Box” and the overwhelmingly positive utility of The Salvation Army’s Ministry Toolkit. In addition, the notion that the pandemic prompted the Army to extend beyond its walls permeated the conversation.

“When we think of the church, this embodies what the church is,” Rowland said. “The building is not our church. The people are the church, so how are we engaging with the people who are in need and who are broken?

“My biggest concern is that we, as an army, think that getting back into the corps and into our traditional format is the end-all … We have to be extremely intentional. We can’t allow that comfort zone to stop us from reaching people. We have to be creative, engaging and intentional in sharing the gospel.”

There were questions posed about the future, acknowledging the relative uncertainty of what is to come. Still, the message was notably positive, with a charge to continue to prioritize ministry and to take advantage of the opportunities that have arisen from this challenging season.

“I think COVID has brought us into asking some of these questions of what really matters and what’s important,” Captain Blusiewicz said. “Where are the boundaries of ministry? And Jesus, where are you? Can I just grab your tassels because I want to be where you are? And I don’t think he’s in an empty chapel.”

“Our divisional commander told us, ‘Do not retreat. We’re in war, and this is not the time to retreat.’ To me, it’s mind-blowing and it causes us all to be fired up,” Lt. Arroqui said. “This is very encouraging to hear all that you’re doing, and a lot of us are doing so much in our community. A community that desperately needs us … That ‘do not retreat’ just keeps coming back in my mind. We need to reach out to people. We need to be responsible, too, but we need to share the hope that we have.”

Plans are in the works to deliver similar conversations on a monthly basis, with the intentionality to keep the conversation alive and to ensure the best deployment of the Army.

“It was a great conversation,” Dake said. “I’m inspired by the themes, ranging from the blitzing of the community to hearing the sentiment that we are in a war that we can’t retreat from during and after this time. I could feel the spirit of Salvationism bubbling up inside me and a charge to go make a difference.” 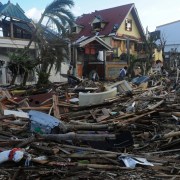 Age has no limits for Salvation Army volunteers

Hope Is On The Way

Salvation Army of Coastal Alabama Serving Those Affected by Hurricane Sally
%d bloggers like this:
Scroll to top