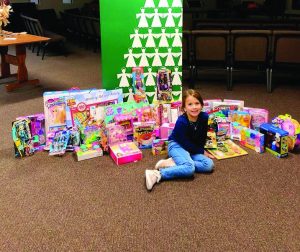 For her fifth birthday, Tinsley Ryan of Clarksville, Tennessee, took up donations for a local dog shelter. This summer, Tinsley recruited her neighborhood friends to make and sell bracelets, raising $167 for the Manna Café food pantry.

And for her seventh birthday, in November, Tinsley asked that all her gifts – nearly 50 presents – not go to her, but to The Salvation Army Angel Tree program.

“There’s nothing purer than a child’s heart,” said Captain Dawn Whitaker, who with her husband Captain Jonathan are corps officers in Clarksville. “Tinsley had her birthday party and asked for the gifts to go to kids in need for Christmas, and her friends did not disappoint.

Tinsley is in first grade and is active in gymnastics and at her family’s Grace Community Church in Clarksville. She loves animals and has talked of growing up to be a veterinarian or a zookeeper.

“I decided to give away my presents to help the poor,” she said. “I hope they’ll give them to people that don’t have any presents for Christmas. I feel really excited and happy and proud of what I have done.”

Staci Ryan, Tinsley’s mother, said she and her daughter had talked about what she wanted to do this year. “I mentioned, what if she collected toys for kids who weren’t going to get anything? She thought that was a great idea and just ran with it.”

When the time came to decide where to go with the gifts, the family didn’t have to look far.

“We see your Angel Trees all over,” Staci Ryan said. “It’s a recognizable program, and we know The Salvation Army does great things for the community and would give the toys to people who are really in need.”

The presents filled the back of the Ryan family’s Suburban when they were delivered to the corps.

“Most of the gifts were for girls – Barbies, American Doll accessories, you name it,” Captain Dawn said. They will help fill out regular Angel Tree requests, she said, and go to “forgotten angels that don’t quite fly back home at the appropriate time.”

“Her Mom said to me the day she dropped them off, ‘We’re really just trying to raise good humans.’ I said, ‘You’re doing a good job.’” 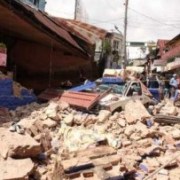 The Salvation Army Responds to Wildfires in US, Canada, Europe 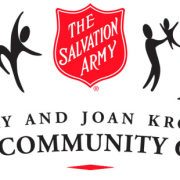 Hampton Roads Kroc Center - The Salvation Army is about to celebrate it's 1-year anniversary.