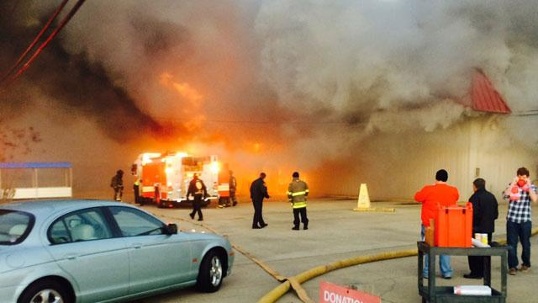 Additional firefighters were called in Friday morning to help extinguish the fire, which broke out about 6 a.m. Friday.

Capt. Ken Chapman, of the Salvation Army, said an employee walked into the building Friday morning and heard a loud pop. He said an electrical box inside the building caught fire and the flames quickly spread.

When firefighters arrived at the scene, the building was engulfed in flames.

Chapman said the fire may have been fueled by two butane gas containers inside the building.

Salvation Army employees were able to save two forklifts, the organization’s feeding truck and another vehicle.

No one was injured, Chapman said.