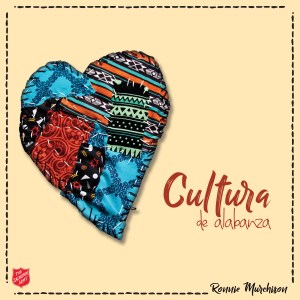 Amid the 2019 EQUIP Conference in Orlando, Florida, an evening of worship and inspiration took place, centered on the work of Ronnie Murchison and a talented collection of musicians. The concert and worship experience marked the release of “Cultura de alabanza,” a Spanish-language album produced through The Salvation Army’s Soundcast network of audio programs.

While much of Soundcast’s work consists of the spoken word through a variety of audio mediums, the impetus for the album’s creation was clear and concise.

“One of the things that is lacking is that there just isn’t a lot of really good, modern Spanish Christian music available,” said Chris Benjamin, Soundcast director of production and operations. “We found ourselves in the position, through the leadership of Major Al Newsome, to commission Ronnie to produce what has now become a two-album project.”

The first album is a studio project, with polished musical production and high-end musicality that is used as a resource for Soundcast, as well as a standalone piece of creative, worshipful content. The followup, scheduled to arrive by the end of 2019, is a live recording that will feature similar song selection in an organic environment.

“As a bilingual ministry, at the heart of who we are and at the heart of what we have a call and a desire to do is to elevate Spanish ministry in whatever way we can,” Benjamin said. “So often, even if just within The Salvation Army, the material and resources we have for Spanish ministry start in English and are translated to Spanish and that isn’t always as authentic as we would want it to be. We have a heart to produce authentic pieces of ministry that share hope to the world in a way that speaks to them and allow people to hear the voice of God.”

Physical CDs are available through Trade South (www.mytradesouth.com) and the album is available wherever music is sold.

"Thank you. This is a God-send"

The Salvation Army Responds to Tragic School Shootings in Florida