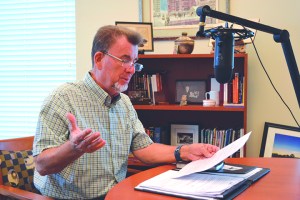 Soundcast is taking off in new directions with upcoming series

With the holidays on the horizon and audio consumers everywhere in search of content, The Salvation Army’s Soundcast network of programs is expanding. Already deploying an arsenal of intriguing audio productions, Soundcast is now in the midst of a new series under the banner of Wonderful Words of Life and a pair of new products are launching as well.

Wonderful Words of Life, a worldwide program centered on hope that has operated for decades, is in the midst of Head Space, a series devoted to mental health. The 11-episode arc explores a variety of subjects in the mental health arena, promoting awareness and giving resources to those tasked with shepherding congregations.

“We thought this was a great opportunity to specifically give churches the tools to discuss mental health and for it to exist as a piece of ministry to encourage people and for them to know that they aren’t alone,” said Chris Benjamin, Soundcast director of production and operations. “Hopefully, those in leadership can have a wake-up call to be aware that a lot of people are on the sidelines, sometimes thinking they are alone and experiencing something they don’t think they are supposed to feel. I think the series struck a nerve in a great way. It’s cool to be able to share in a space that isn’t always discussed, and there is a great heart behind that.”

The series, which began in mid-September, will run through the end of November on a weekly basis. Soundcast has received tremendous feedback on the offering, with testimony to its effectiveness as a ministry tool. At the conclusion of the series, Wonderful Words of Life will continue, pivoting to a five-week Christmas series. Soundcast is also in preparation for a new podcast called The Storytellers Series, with Benjamin indicating plans for a daily podcast set to arrive in December. The show will utilize different viewpoints and demographics in discussing the book of Luke on a chapter-by-chapter basis, and there is the potential for future expansion beyond the Christmas season.

Finally, Soundcast is rolling out a new opportunity in partnership with the Florida Division. The Holiness Podcast is a monthly audio program primarily hosted by Lt. Colonel Vern Jewett, and the show doubles as the first example of a podcast recorded locally but officially distributed through Soundcast. The podcast’s first episode was released in mid-October. The show is the first foray for the network into longer-form audio programming, including the use of in-depth study guides to accompany the audio.

“As we do surveys and look at the trends of the podcasting world, there is an opening for longer shows with more depth,” Benjamin said. “Younger listeners and older listeners alike are searching for more options, and we’re excited about having a longer form program for the first time.”

The Holiness Podcast aims to explore God’s gift of holiness that is offered to every Christian. While a series will emerge, this is an audio product that will continue on a monthly basis.