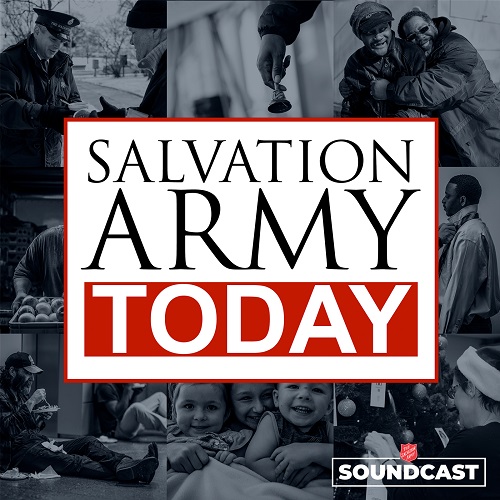 Since its launch in Jan. 2012, Salvation Army Today has been informing its viewers of the organization’s work across the world. On Apr. 1, 2021, Salvation Army Today will add to its capability with the launch of an audio-only format, with a one-minute show chronicling the latest news and happenings.

“Salvation Army Today has been a successful and powerful tool in doing this very thing visually, and we decided to take these stories to the air in audio form,” said Chris Benjamin, Soundcast director of production and operations. “With Soundcast’s established and large network of radio stations, we already have promising beginnings for this new venture.”

Audio shows will release on the same schedule, every Tuesday and Thursday, of the Salvation Army Today video series. Benjamin and Emma Edelman, program and ministry director of the Atlanta Temple Corps, will serve as hosts of the audio show.

The audio program will be available on all podcast platforms, and the format opens many doors for both increased flexibility and visibility.

Through the work of a distribution partner, Ambassador Advertising, the show is offered to radio stations across the globe, in addition to the podcast space. In late March, three radio networks committed to air the audio version of Salvation Army Today, even before its official launch date. Mars Hill Network, which features 22 radio stations across the state of New York, will air the program three times per week, with additional partners in Minnesota and Southern California.

“We are really excited for this opportunity to reach countless listeners through our station partners, sharing the incredible work The Salvation Army is doing worldwide,” Benjamin said.

For additional information and to listen, visit https://salvationarmysoundcast.org/satoday.