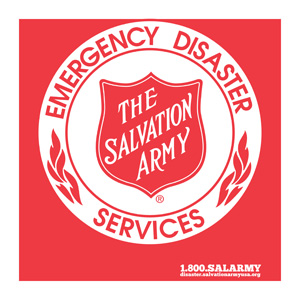 The American Red Cross and Salvation Army have been assisting residents helping them find temporary shelter and food. Tenants could be seen boarding up windows and removing damaged items from their apartments Thursday afternoon as the cleanup effort continued.

Salvation Army Lt. Jason Brake says while many residents have already found short term help, the focus now becomes getting tenants permanently back on their feet.

“When these things happen, people have a lot of things to put back together,” Brake said. “We always say if someone has extra things that you don’t need, we will take those. We sort through them, and we make sure those who need them get those items. We take monetary donations, clothing donations and furniture donations, and we make sure they get to those who are in need.”

The State Fire Marshal’s Office is continuing to investigate the cause of the fire.

The Salvation Army Expands Support of Search and Rescue in North Mississipp...

Salvation Army Continues To Provide Assistance to Fire Victims in Lewiston,...
%d bloggers like this:
Scroll to top