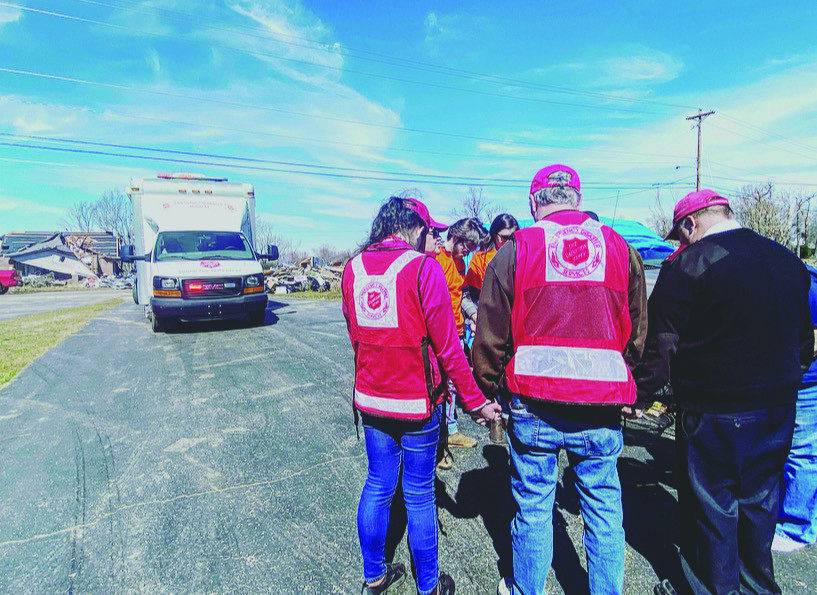 With the COVID-19 pandemic serving as a sobering backdrop, The Salvation Army’s Emergency Disaster Services have been working virtually nonstop during the months of March and April. The customary storms that arise from the unsettled weather conditions in the South as winter gives way to spring have placed heavy demands on disaster operations.

The Southern Territory’s disaster relief teams began their endurance race March 3, when tornadoes swept across middle Tennessee, causing severe damage in Nashville. Another tornado struck in the town of Jonesboro in northeastern Arkansas on March 28. Close on the heels of those response efforts came the Army’s outreach to people affected by the complications associated with the coronavirus public health crisis. Then, on Easter weekend, a storm system lumbered across the deep South, tracing a path that left severe damage from Louisiana to Tennessee and extending eastward into Georgia and South Carolina.

A less severe system that produced high winds and hailstorms made its way across Mississippi and Alabama the following weekend, and this past Wednesday a tornado outbreak in southeast Oklahoma produced significant damage in the community of Madill.

The COVID-19 response has stretched Salvation Army commands across the South to the limits as units have responded primarily with food and shelter services. The need to provide disaster relief services in those commands affected by the spring storms has added to their financial challenges.

“We have never been so strapped financially,” said Major Mark Smith, Salvation Army Chattanooga area commander.  “We, like many other companies and organizations, have been affected by COVID 19 and had to furlough some employees who work at centers that have been mandated to be closed, while yet other employees are having to put in overtime to care for those affected by COVID-19 and the tornadoes that touched down over a week ago in our community. Our services have increased as well.”

In the 10 days following the Easter Sunday outbreak, Army disaster teams served 17,000 meals, thousands of drinks and snacks, and provided 668 individuals with emotional and spiritual care in Catoosa County in Georgia and Hamilton and Bradley counties in southeastern Tennessee.

In addition to the ongoing demands of providing service in the wake of the storms, disaster workers have had to cope with the added complications of masking and gloving workers to keep them safe from infection by the coronavirus as they reach out to serve first responders and residents in areas affected by severe weather.

As of the end of last week, Salvation Army relief units had served over 47,000 meals, over 30,000 drinks and over 28,000 snacks since the beginning of March. Also distributed in those responses were cleanup kits, comfort/hygiene kits, food boxes, infant supplies, meals ready to eat, personal protective equipment and water. Also, The Salvation Army rendered emotional and spiritual care to 3,685 people. 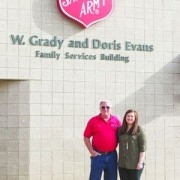 Messengers of the Kingdom Appointments
Scroll to top