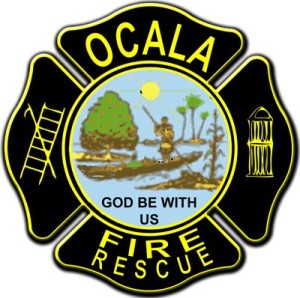 As a cold front moves through North Central Florida, temperatures are expected to drop below 40 degrees next week, leaving the homeless out in the cold.

Members of the Ocala Fire Rescue and three other agencies have created a solution they are calling “Operation Cold Snap”. The initiative will provide new and gently used jackets, blankets and sleeping bags for needy residents in Marion County.

“Believe it or not, it was just some of the guys sitting around the station talking about cleaning out their closets and needing to get rid of some items around the house,” said Preston Bowlin, paramedic and fire equipment operator for Ocala Fire Rescue.

Bowlin and his colleagues contacted the Salvation Army about starting the project. The organization ran a clothing drive during the Christmas season, but did not have one planned for the recent cold weather.

“Ocala Fire Rescue came to one of our board meetings and said that they appreciate the Salvation Army and what they do,” Salvation Army Major George Patterson said. “And that if we were interested, that they’d like to partner and do this clothing drive.”

Clothes can be dropped off through Jan. 16 at 8 a.m. at any of the City of Ocala or Marion County fire stations.

Pathway of Hope: 4 years breaking the chain of poverty