This post was contributed by The Salvation Army Midland Division.

In honor of National Recovery Month, we invited Major Kendall Mathews (known to St. Louis as Major KK) of our Adult Rehabilitation Center (ARC) to share a story of one person who has come through the ARC program. The name has been changed to protect the subject’s identity. You visit the earth and water it, You greatly enrich it; The river of God is full of water; You provide their grain, For so You have prepared it.-Psalms 65:9 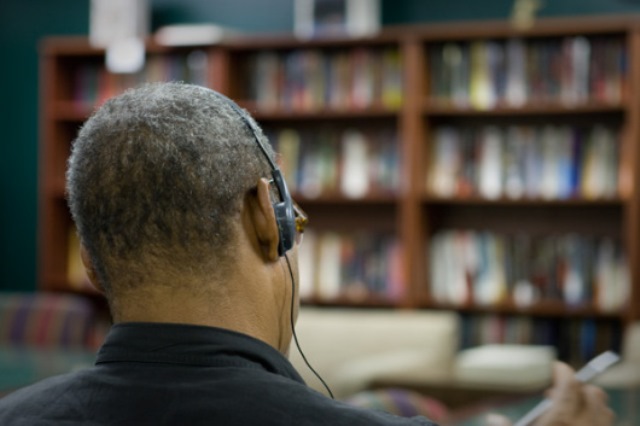 Trevor grew up in Kansas City, Mo., in an upper-middle- class area.

His mother was married to a dentist, he lived in a good neighborhood and had several friends. But as the years went by his mother and stepfather decided to get a divorce, and in a split second, he went from upper-class circumstances to living in public housing with his grandmother. He had a tough time adjusting to his new environment. He was constantly reminded by the children in the neighborhood that he was different. Trevor wanted a better life for himself and decided to join the U.S. Navy. It was hard for him to leave his family, but a change was needed in his life. Trevor excelled in the Navy; he was doing things naturally that people were trained for weeks to do. He worked his way from a Sailor to Aviation Chief, served in the Navy for 20 years, and retired. Even though he was living his dreams, he was still presented with several obstacles in his life. The Navy caused him to be away from his wife and children for months at a time. He started to feel lonely and ended up giving into his temptations. He had no idea that his wife was feeling the same way and their marriage ended up suffering from their choices to be unfaithful. And even though he was qualified, he still struggled with being the only African-American in a leadership position in the Navy and with accepting recognition for his hard work.

Trevor always drank socially and used marijuana on occasion, and it never seemed to cause him any problems. He started using crack cocaine in his late 30’s and used it on and off for 25 years. He had a method to his madness: he used alcohol because it allowed him to be more social, marijuana because it enhanced his concentration, and crack because it allowed him to be more sexual. He attempted to live a sober lifestyle a few times during his addiction. He relapsed after being clean for four years. He still thought that he had control over his addiction until the Navy gave him an ultimatum. In order for him to receive his retirement benefits, he would have to check himself into a rehabilitation program. Another one of Trevor’s problems was being a people-pleaser, and in all of his pleasing he neglected himself, destroyed his marriages and the relationships with his children, and almost lost his retirement. His addiction controlled his life for more than 25 years.

Today, the most important thing is his life is the relationship he has with God. He has been sober since 1995 and has since stopped leaning on his own understanding and realized that the Lord is his provider. Trevor has committed his life to God and to living a Christian lifestyle. He is a Soldier of The Salvation Army and a veteran of the U.S. Navy.

The origin of the word “provide” is in the Latin providere, meaning “look forward, prepare, supply, act with foresight.” To be a provider, one has to be able to look ahead and anticipate the needs of those for whom one is providing. Part of being a good provider is having the wisdom to discern the best way in which to accommodate those needs.

The ministry of The Salvation Army Adult Rehabilitation Center is to Recycle goods, Reclaim lives, and Rebuild families through our work therapy program and a spiritual walk with Jesus Christ. The ability to dream of a better life, a better community and a better world is common to us all. Men who suffer from substance abuse need this better life in order to give back to our society in a sober and spiritual way. It is a long road to their recovery and as is true in this story, all things are possible through Christ and caring community. Our ARC becomes their safety net where we catch the drug-addicted man, then support in living a transformed life, free from the bondage of sin and shame.

Our program is designed to minister to the whole person, rather than just a specific problem. The majority of men who come to our center for assistance are having problems in many areas of their lives: social, medical, spiritual, personal, and employment. We make every effort to cover these tenants to bring about a total recovery with a positive, after-care support plan tailored for each individual. The goal is re-entry back into the community in a positive manner with sufficient support for maintenance of sobriety and growth in lifestyle. “For we are God’s Workmanship, recreated in Christ Jesus, that we may do those good works which God predestined for us, that we should walk in them.” Ephesians 2:10

The Salvation Army is Continuing to Expand Its Resources In Putnam County, While It Still Serving In Davidson and Wilson Counties.

The Salvation Army focuses on transformation through music in Martin County, Florida

The Salvation Army in Nebraska and Western Iowa Responds to Friday Tornadoe...
Scroll to top