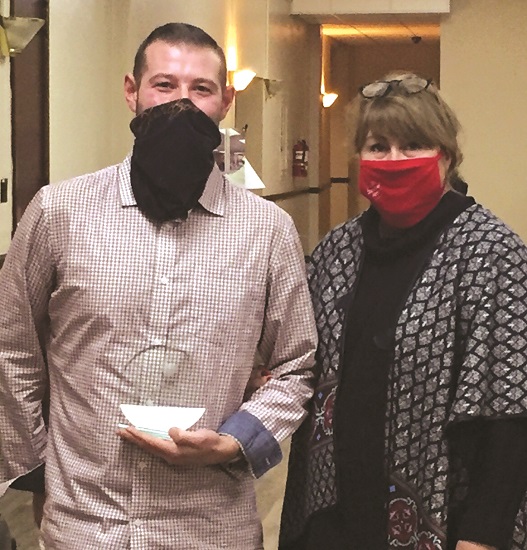 Jeremy Warf was nominated for the COVID-19 Philanthropy Hero Award by Kelly Hutchinson, director of development for the Louisville Salvation Army.

Louisville honors a ‘COVID Hero’ at The Salvation Army

At the outbreak of the COVID-19 pandemic in the United States in March, Jeremy Warf’s first thought was of the homeless residents of Louisville, Kentucky.

“The COVID-19 pandemic was problematic in places people congregate – and that’s what our homeless shelters are,” said Warf, volunteer services director for The Salvation Army in Louisville. “How do we create a safe place for these people and meet their human needs?”

With shelters reducing their capacities to ensure social distancing, Warf alerted the Louisville Emergency Operations Center to the looming crisis – and within three days, he found himself the newly appointed human services branch manager for the city, a full-time, nonpaid position overseeing shelter operations, food distributions and other social services in response to the coronavirus outbreak.

“I moved my offices to the EOC full time, six to seven days a week, from March to the end of September,” he said. “Now I’m back at The Salvation Army, but I’m still working part-time with the EOC.”

On National Philanthropy Day, Friday, Nov. 13, the Greater Louisville Chapter of the Association of Fundraising Professionals honored Warf with a 2020 COVID-19 Philanthropy Hero award. This special award, AFP said, recognizes those “who have invested in our great community through philanthropy during this confusing and uncertain time, when non-profits need help more than ever.”

Kelly Hutchinson, director of development for The Salvation Army in Louisville, nominated Warf for the recognition. She said, “Jeremy deserves the award because he identified needs for the homeless in the community very quickly, when COVID first started.”

The homeless population is vulnerable for many reasons, Hutchinson said. Its members typically lack access to health care. Most have multiple “co-morbidities” – combinations of mental illness, high blood pressure, diabetes and other maladies that could make for poor outcomes. Not to mention that, through no fault of their own, they could spread the disease by being on the streets.

“Jeremy went to work at Louisville Metro Hall and convened all the people in our community who work with the homeless,” Hutchinson said. “It was readily identified that with everything shutting down, including restaurants and libraries, there would be no place for the homeless to go, and we didn’t have a day shelter in town that could handle the volume.”

Warf volunteered the former Louisville Male High School, now headquarters of The Salvation Army Louisville Area Command. A 400-bed, 24-hour “Healthy Day Shelter” was set up in its gymnasium. At this facility, still in operation, homeless residents are socially distanced, given masks and hand sanitizer, and fed three meals a day. Guests have cots to sleep on and a shower truck outside to wash up. Family Health Centers, serving the low-income and homeless communities, provide health care.

In the new fiscal year, the Louisville Salvation Army is receiving support from the federal Coronavirus Aid, Relief, and Economic Security (CARES) Act and the Louisville Metro budget – needed financial resources to permanently establish and expand on the day shelter in response to the community need.

Warf also worked to create, for homeless persons diagnosed with COVID-19, a 100-bed quarantine and isolation facility in the Joy Center. The Salvation Army warehouse is an Angel Tree staging area during the Christmas holidays but is mostly empty the rest of the year.

“If you were homeless or from a halfway house where you were unable to quarantine and isolate safely, you’d come to our Joy Center,” Warf said. Bedding, a shower trailer and portable bathrooms were brought in.

“We gave our guests three square meals a day, had nurses checking on them daily, and provided spiritual care,” Warf said.  “We did that from March through September. When we had to begin Christmas operations at the Joy Center, the city moved the homeless to a hotel. We’re still providing to them case management; breakfast, lunch and dinner, and spiritual and emotional care.”

Warf, 30, majored in emergency and disaster management in college, served four years in the U.S. Coast Guard, and became involved with The Salvation Army because his wife-to-be, Jill, worked there and encouraged him to look into its EDS operation. He’s been with the Army in Louisville for six years, but he – like everyone else – has never had to deal with a challenge as big as the coronavirus.

Among the lessons learned, Warf said, was the need to ensure basic sanitation for homeless persons living in encampments around the city. The EOC sent hand-washing stations, portable toilets and shower trailers to these camps. “That’s something I certainly believe, maybe as a city, we should offer to these people year-round,” he said.

Another lesson was that many exposed or infected households, told to quarantine for two weeks, didn’t have the money to order groceries and have them brought to their homes. The Salvation Army stepped up and promptly began delivering about 50 food boxes a day, five days a week, to these families for several months. In late September, the city took over food box deliveries; the Louisville Salvation Army continues to provide the boxes.

Asked how he felt about being a COVID-19 Hero, Warf said, “It’s amazing. I definitely didn’t expect it. I feel everybody at the Louisville Command deserves an award, because it’s been a team effort. When COVID came along, everybody was willing to do double duty, to pitch in and help where needed.”

Videos give toddlers a fun way to memorize Scripture 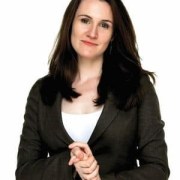