“The Love Kitchen was created to provide quality meals for people who need them,” said Little Caesars Tyler franchisee Jill Miller in the written release. “As a member of the area business community, it’s important for us to support people when they need it and help make the community stronger. We’re excited to support this program with food and staff to provide a quality meal for people who otherwise may not get one.”

A pizza kitchen on wheels, the Little Caesars Love Kitchen travels across the continental United States and Canada meeting the needs of the hungry, the homeless and disaster survivors.

The Little Caesars Love Kitchen has fed more than 2 million people in 48 states and four Canadian provinces. It has also responded to disasters such as recent tornadoes in Oklahoma, hurricanes on the Eastern Seaboard and on the Gulf Coast, the site of the World Trade Center attacks on Sept. 11, 2001, and the 1995 Federal Building bombing in Oklahoma City. It was established by Little Caesars in 1985.

“We know that it’s important to reach out to the communities where we do business and help make a difference,” said David Scrivano, president and CEO of Little Caesars Inc. in the written release. “As a family company, we are proud to work together with our local franchisees and company-owned stores to coordinate the vehicle, staff and food and to be there for the people in Tyler who need assistance.”

Former Presidents Bill Clinton and George H.W. Bush awarded The President’s Volunteer Action Award to Little Caesars for its volunteers’ contributions to the Love Kitchen. Little Caesars also received a Presidential Citation for Private Sector Initiatives for the Love Kitchen program under the Reagan administration. It has received a certificate of appreciation from the State of Michigan and was recognized by the Detroit City Council.

An estimated 50,000 Little Caesars franchise owners and employees have volunteered their time over the years to support the program in their local communities. 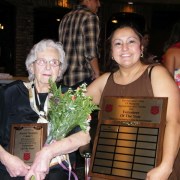 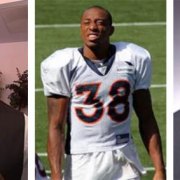 As Compassion Floods the Region, The Salvation Army Welcomes and Prepares to Serve Thousands in Davidson, Wilson and Putnam Counties in Tennessee

Panera Bread Donates $25,000 to The Salvation Army and WTAE’s Project...
%d bloggers like this:
Scroll to top