Monrovia — The Government of Liberia on April 8, 2015 presented a check in the amount of one hundred forty thousand, one hundred and fifty-five United States dollars (140,155), to the administration and officer in-Charge of the Salvation Army’s William Booth Junior & Senior High School that was gutted by fire on March 4th 2015.

Presenting the check on behalf of the Government, Liberia’s Assistant minister for Budget and Development planning Hon. Augustin K. Blama said restoring the burnt structure and providing furniture to enable the 983 students get back to classes are the result of the government commitment to providing education to all regardless of the sector.

He said, that the project is expected to be completed within 3o-days and believes upon completion it will change the narratives of warehouses and computer rooms and library been used for classrooms “it is imperative for our student at William Booth continues to learn in a conducive and healthy atmosphere free from fear of fire and crime” he added.

Minister Blama also encouraged students of the William Booth School to always seek to strive for the top and to report any suspicious activity that might affect their institution. He said the government remains steadfast in its continual commitment to educating the future generation of this country.

For her part, the Minister of Education Hon. Etmonia Tarpel expressed her frustration and disappointment over the burning of the school infrastructure. She, however, encouraged the family of the institution to be strong and keep the good work on going. ‘Those that did the act thought they were reigning evil upon this school, but let it be known that God has turned the evil into blessing” she added. She said the government will support your effort to the fullest in ensuring that our students are free from this unacceptable encounter.

In a brief remark, the Officer-in Charge of the Salvation Army Col. Gabriel Kathuri extend his gratitude to the government for rapid intervention to solve the unexpected distraction that have reduced our classrooms to warehouse, library computer lab etc. He said, with God, they shall bounce back and even shine brighter than before. Col. Kathuri at the same time encouraged those that cause this disaster to come out and confess.

The Salvation Army’s William Booth Junior & senior High School was gutted by fire on March 4, 2015, thus posting a serious hindrance which to a greater extend has prevented the institution from carrying out its normal academic activities. 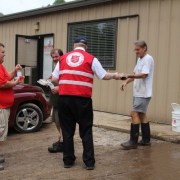 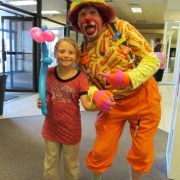