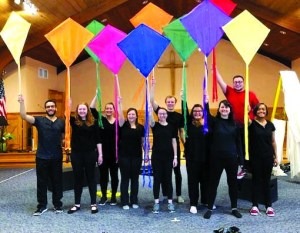 For 20 years, The Salvation Army’s Eastern Territory has deployed a “Jesus Theater” initiative with the express goal of saving souls for Christ. In 2018, the Southern Territory offered a full training and implementation for the first time and, in 2019, plans are in the works to expand the ministry.

Katie Luse, a Salvationist from the Eastern Territory, creates an annual resource and serves as the program’s director and trainer. Jesus Theater allows a cast of individuals to come together in what Luse calls “testimony art,” resulting in an immersive experience that can be performed in a variety of venues, including Salvation Army summer camps.

“The Jesus Theater experience is one wherein the cast members themselves encounter the power of God’s story in the rehearsal process,” Luse writes. “They then can become a living testimony on stage through which the power of God is demonstrated with an authentic invitation for others to meet Jesus in similar ways.”

In 2018, three Southern Territory divisions utilized the enterprise in their summer camp programs. The goal is to implement its ministry territory-wide beginning in 2019.

“Our goal is that every division in our territory would catch on to this vision of shamelessly, boldly and courageously preaching the gospel in this way,” said Bethany Farrell, territorial creative arts director. “We want to present the gospel to every young person that comes to every camp, so that every child is given the opportunity to know Jesus Christ on a personal level before they leave; in a way that they can see tangibly and a way that affects their hearts, brains and minds so that they can hide it away in their heart and have it stick with them, more so than other methods might.”

The 2019 EQUIP Youth Leaders Conference in Orlando, Florida, provides individuals with a chance to be trained in the artistic expression. An intensive track is offered as part of the conference, with attendees spending their non-general sessions learning the material with an eye toward a public performance, fulfilling the theory that taking part first-hand is perhaps the best way to fully embrace the material and be able to share it with others in an instructional form.

Though the program’s contents change annually, the mission remains the same. Both the Eastern and Central territories have experienced success in salvation commitments from young people in response to the work.

“We’ve heard from children that experienced Jesus Theater last year and they are still talking about the images,” said Farrell. “It goes well beyond the imagery and the ‘show’ aspect, but deep into the message of following the one true way of Jesus Christ. They’ve filed away the images, and that gives an 8 or 9-year-old a way to understand the difference between following Jesus and following the enemy.”

Though summer camp is the most frequent venue for its deployment, Jesus Theater can also be utilized locally, with previous examples of troupes coming together and putting the program on in corps and community settings. Still, the importance of the overall mission is prevalent, and, despite the artistic elements, Jesus Theater’s goals are singularly focused on ministry.

“It’s just so much more than an artistic program,” Farrell said. “It’s not about putting something on that looks great. Jesus Theater is an opportunity to really cement the message of the gospel into every child’s heart, in a way that they can understand and fully embrace. I think that’s exciting and inspiring.”

Those interested in exploring the training and implementation process can register for the EQUIP Conference at youthdownsouth.org/equip-2019. 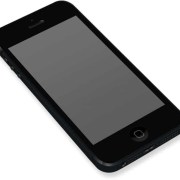 Coronavirus Pandemic: Focus on Africa and the Middle East