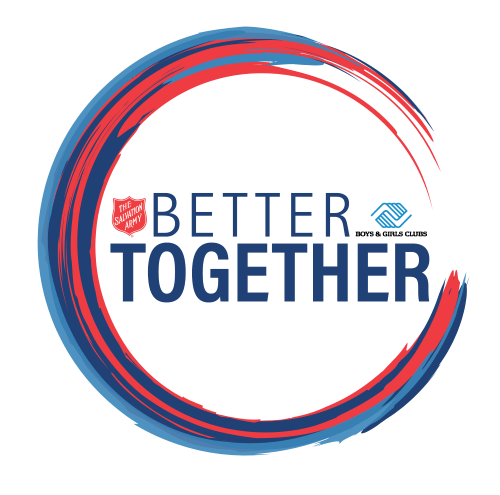 In late January, more than 250 registered attendees assembled virtually for the first-ever “Better Together” summit uniting The Salvation Army and the Boys & Girls Clubs of America. The summit, held from Jan. 21 – Jan. 22, focused on bringing the two entities together in mission, methods, and movement, with general sessions to inspire and breakout sessions targeted for deeper study and development.

On the summit’s opening day, Jim Clark, president, and chief executive officer of Boys & Girls Clubs of America, shared an overall vision and celebrated myriad successes from the past year and beyond. His comments also included the broad, aspirational goal of housing a Boys & Girls Club at every Salvation Army location in the United States of America, a sentiment later echoed by Lt. Colonel Eddie Hobgood, territorial secretary for program.

Later, Commissioner Willis Howell, territorial commander, set the tone for the two-day gathering, with needed context and a challenge for those involved.

“What we’re focused on isn’t a job that can be tackled alone,” Commissioner Howell said. “It’s too big. It’s too varied. It’s not a situation that can be effectively changed by twos or threes. Working with the needs and situations of today’s youth takes an entire team of people working to face the challenge and work together because they understand they are better together.”

“The fact is that our best work, our greatest results and outcomes across the board, are produced when people work together to achieve a common aim or goal. For more than 150 years now, The Salvation Army has been operating on this very principle. We have a history of linking arms with people of all faiths, all nationalities, all points of the political compass, to do what we can to reach, to help and to save as many as possible. By the simple fact that you’re attending this conference, focused on the matter of making a difference in the lives of our kids, that’s evidence that you don’t hesitate to step in and help. You’ve made other’s needs your business.”

A central tenet of the summit was the implementation of a “Battle Plan” for each location, whether for the club individually or within the local Salvation Army command. This was a focus in the Southern Territory, though the purview of the conference was national in nature and extended beyond the Southeast. Captain Rob Dolby presented extensively on the Battle Plan concept, with additional work done in breakout settings, and he also shed light on the God-centered emphasis by which The Salvation Army focuses its soul-saving “why.”

“Your battle plan is not another to-do list, but rather a way forward that integrates our ‘why’ into a plan of action, creating impact for today, tomorrow, and together moving forward,” Captain Dolby said.

Among the breakout sessions was a class on “Safe from Harm,” co-led by The Salvation Army and Boys & Girls Clubs of America. That partnership embodied the spirit of the conference and opened doors for both sides to see how the other operates and benefit from that first-person knowledge.

“There is a real significance to seeing the two safety teams working together,” said Mark Jeffrey, territorial Boys & Girls Club director. “I think that led to a much better understanding, a shared understanding, especially of what The Salvation Army is doing locally. I think that connection is really beneficial.”

During the breakouts, a meeting also took place between Salvation Army and Boys & Girls Club leadership. This featured an open discussion about short-term and long-term planning, with the establishment of quarterly meetings to continue the dialogue. One central goal is to define what growth looks like for the partnership and the development of a strategy to fulfill that mission.

“True success will be measured in what comes from the summit and what kind of follow-up happens, but I do think it was a success,” said Jeffrey. “I do think it sets the stage and sets the tone for the future, and there is a lot of excitement about what’s next.”

Plans for a reprisal of the conference are in the early stages, though the success of the first-ever summit provide encouragement. Attendees left the virtual gathering inspired and with purpose to implement new approaches and ideas locally, improving the lives of children in their local communities.

Panel offers perspective on social challenges and solutions in Atlanta

The Salvation Army on the Move in Georgia

Toyota’s ‘Walk In My Boots’ program helps The Salvation Army provide aid... A ‘Beast’ Of A Donation
%d bloggers like this:
Scroll to top