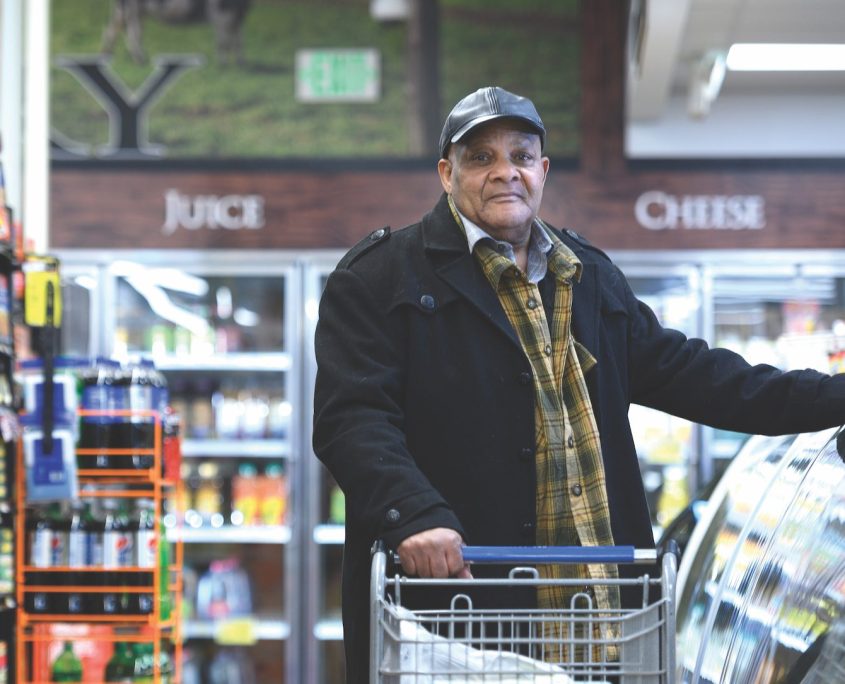 As the COVID-19 outbreak swept across the world, a grocery store in northeast Baltimore, Maryland, was challenged like many other businesses to protect employees and safely serve its customers. But the pandemic also presented opportunities to DMG Foods, The Salvation Army‘s non-profit supermarket.

“We’ve always followed health guidelines before the pandemic, and as it’s developed, we’ve responded to the new guidelines, such as supplying our staff with masks and protective equipment, disinfecting and practicing social distancing,” said Melin Sotiriou-Droz, community relations manager for The Salvation Army Central Maryland Command.

The store has seen an uptick in new customers – people seeking alternatives to the sometimes overrun, depleted supermarkets farther away.

“We have higher foot traffic of people coming to our store,” but absent any panic shopping; while DMG Foods like other grocers initially experienced some spot shortages in deliveries, it has not had to limit the number of items shoppers could purchase, Sotiriou-Droz said. “There’s a healthy flow of people coming in, but not the lines of people out the door we’ve seen elsewhere.”

DMG Foods opened on March 7, 2018, in an acknowledged “food desert,” an area without conventional supermarkets. The 7,000-square-foot store at 400 E. 29th St. represented a $2.2 million investment by the Army. The aim was to bring fresh, healthy foods – produce, grains, dairy products and meat cut and packaged on site – at affordable prices to a community that had lacked such buying options.

As a full-service grocery, DMG Foods has extended the buying power of The Salvation Army as the parent organization restocks food pantries and puts together food boxes for vulnerable households; each box can feed a family of four three meals a day for three days.

While the store has had to suspend cooking classes and its meat-cutter apprentice program – “right now, we’re very much a grocery store where we have people doing essential duties to satisfy essential needs” – it’s found new opportunities to serve. For example, it has assisted partner social service agencies by being a conduit through which they can order food and supplies for their own needs.

“Like-minded local organizations have reached out to us,” Sotiriou-Droz said. “They’ve been struggling to find produce and other items to purchase at low cost for their own pantries. We’ve had three different organizations come to The Salvation Army; they can purchase goods from us at cost, so they can supply much-needed help to other members of the community.”

DNG Foods is letting the Italian Cultural Center of Maryland use some of its refrigerator space to store their own goods. The store also has partnered with the Baltimore public schools to serve families of Barclay Elementary School, across the street; teachers leave school work packets at the store for parents to pick up for their children. Otherwise, with the schools closed, they’d have to make a trip downtown.

“DMG Foods, as a grocery store, has become the cornerstone of our mission in Baltimore,” Sotiriou-Droz said.

The Salvation Army: Striving to Meet Growing Need During Pandemic

Coronavirus Pandemic: The Salvation Army â€˜There for Those Who Have No One to Turn Toâ€™