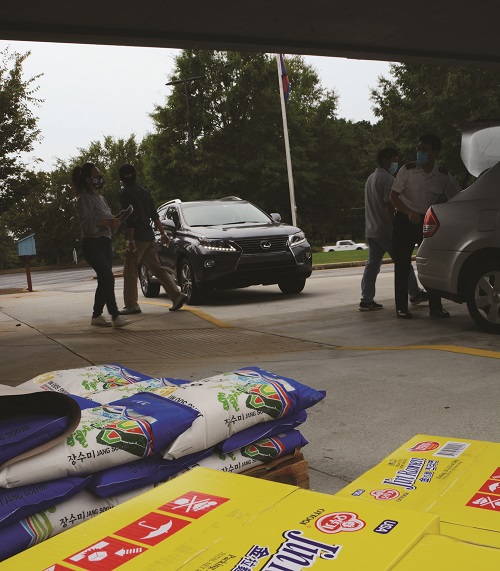 As the COVID-19 pandemic spread havoc this spring, with many losing their jobs and facing financial hardship and hunger, The Salvation Army in Gwinnett County, Georgia, stepped up its twice-weekly food distributions – and impacted one ethnic group in particular.

“As we distributed food, an idea came to me: Why not reach out to the Korean people? They’re in the same situation as everyone else,” said Captain Minkee Kim. He and his wife, Captain Grace Kim, lead the Army’s ministry to the Korean community at the Gwinnett Corps.

Captain Minkee acknowledged a cultural barrier: “Within the Korean culture … getting free food from someone is kind of a shameful thing. Even though they have a need, they don’t ask.”

Gwinnett County, northeast of Atlanta, has one of the largest concentrations of Asian-Americans in the South; they represent 12.5 percent of the county’s population, about 117,000 people, according to 2019 Census estimates. The Republic of Korea is sixth-largest foreign investor in Georgia in terms of jobs, state economic data show, and Korean is the most commonly spoken language here after English and Spanish. The Gwinnett Corps has been home to a Korean-speaking congregation for the last 15 years.

Captain Minkee asked Korean-language newspapers and radio and TV stations to put out the word about The Salvation Army’s food distributions. On a Tuesday in mid-April, dozens of Asian households turned out – not just Korean, but Chinese, Vietnamese and Asian Indian, among others.

“It was surprising, beyond my expectations,” Captain Minkee said. “There are many, many Asian families in need of food.”
Then, something curious happened. The number of Asians seeking food – initially, about 75 households – started shrinking. Again, it was a cultural thing.

“Our food pantry has many types of great foods, but most of them are for Americans, not Koreans,” Captain Minkee said. “Only a few items can be shared with the Asian community, like cans of tuna, peanut butter, grape jam and some special items. The main dish of daily meals for Koreans is sticky rice. I realized that we had to include some cultural foods.”

Captain Minkee had assisted a Korean radio station food drive, contributing 120 bags from The Salvation Army pantry. “We decided to have our own Korean food distribution here. By doing that, we could let the Korean community know about The Salvation Army – who we are, what we are doing, and especially how we are helping needy families during the pandemic.”

“In a couple of weeks, we received almost $4,000 in monetary donations,” Captain Minkee said. He used the funds to buy bags of medium-grain rice and boxes of spicy noodles from Korean markets, enough for once-monthly special distributions. At the last event, in September, 125 families were served.

The outreach is now on hiatus pending a request through Georgia Divisional Headquarters for a $20,000 grant from the federal Coronavirus Aid, Relief and Economic Security Act (CARES) program. That could support the Asian food ministry through December; distributions will resume as soon as the funds come in, assuming Gwinnett County approves the grant.

Working with Korean media and churches in the pandemic has marked a turning point for The Salvation Army’s Korean-language ministry in Gwinnett. Corps members have met, spoken and prayed with many new people, and a copy of The War Cry in Korean goes into every food box to members of the community.

“God has blessed us,” Captain Minkee said. “We have a few more families who have joined our Korean-language worship service on Sunday. The best part of this food ministry is, the Korean community now knows who The Salvation Army is and what we are doing. Our reputation has really spread.” 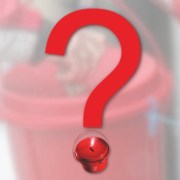 In Georgia, making face masks is a labor of love