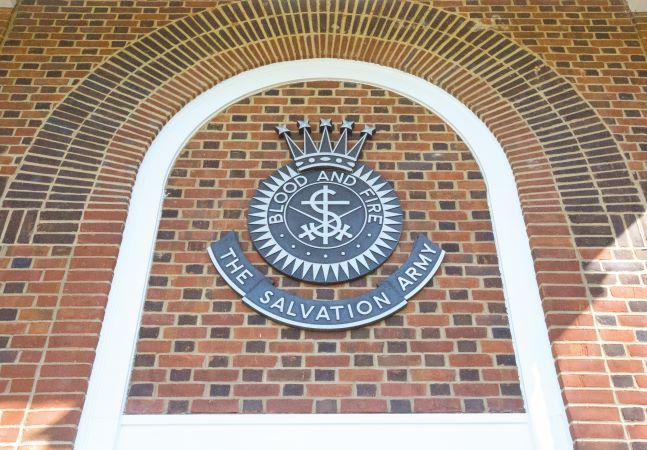 Congregations returning to services in corps across Southern Territory

Tracking the reopening of corps across the USA South is much like tracking the reopening of any number of public facilities these days – a thoroughly mixed bag that can vary wildly from place to place. But, even with that in mind, it’s apparent that The Salvation Army is mustering after weeks of social distancing and self-imposed isolation.

When the COVID-19 pandemic settled in around mid-March, churches of all denominations were forced to devise plans for maintaining their outreach. For many, virtual church via the Internet became the new reality. Even Southern Territorial Headquarters generated online services, sharing a four-part series on God’s promises to complement local corps’ outreach. Other corps found makeshift chapels in their parking lots as drive-in services became a hit in some locations.

The question of striking a balance between spiritual and physical well-being was bandied about in the legal arena at times as the nation began easing restrictions on public gatherings. In the Southern Territory, decisions on reopening corps are being determined at the divisional level. It can be a daunting decision – across the South and the nation, coronavirus hotspots have dotted the map while many other locales have been only slightly affected. Some headquarters have adopted a division-wide policy, setting a date that all corps could open. Other corps have opened at their own discretion, with some corps holding services while others in the same division have been holding off until conditions feel safer.

Here’s a thumbnail of where each division stands in mid-June:

ALM – Six of the division’s corps opened by the end of May, and six more resumed worship services June 7. The Mississippi Gulf Coast Kroc Center will hold worship services limited to corps leadership starting June 21 and will reopen to all congregants July 5. Fourteen corps are still working on their reopening plans. Nine corps continue to offer in-person spiritual/worship programs to shelter or CSRC residents. Until social distancing guidelines are lifted, no ALM corps will offer transportation. As a result, some corps have delayed reopening and continue ministry through social media and other means.

AOK – All corps are conducting live services. Many of those have been doing so for some time. Some corps will continue to share services online. A decision on a reopening date for Sunday school is pending.

FLA – Most of the division’s 30 corps were open by May 31. Citrus County plans to resume services June 21, and Port Charlotte on July 5. DHQ has circulated detailed guidelines for use by corps as they resume meetings.

GA – Corps have been asked to hold virtual services or meet outdoors through this past Sunday. Detailed guidelines have been issued to help corps with planning for reopening. The guidelines address social distancing, cleaning and disinfecting, meeting procedures and children’s activities.

KT – Of 33 corps in the division, 12 reopened on May 31, following two (Frankfort and Louisville Portland) which opened on May 24. Nine others opened June 7.

MWV – Reopenings and resumption of services are being done on a corps-by-corps basis, based on local conditions. Corps have been holding online services, meeting in parking lots and using Church in a Box. West Virginia has a lower number of COVID cases than many states, and some corps in the state have been able to resume meetings.

NCV – Fifteen of the division’s 32 corps have already opened their doors for services, and at least seven more were to reopen this past Sunday. Several more will resume services later in June.

NCSC – In accordance with CDC and guidelines specific to both North and South Carolina, 31 of the division’s 55 corps have reopened for indoor Sunday services while others are maintaining virtual and/or outdoor services. Detailed guidelines for minimizing risk have been circulated by divisional headquarters.

TX – Corps are resuming worship services under the guidance of local health officials and corps councils. Several corps across the division have already resumed services, others are providing parking lot services and several more reopenings are imminent. Those that have resumed services are adhering to a checklist issued to Texas churches by the governor as well as guidelines provided by DHQ.

Guidelines that are being issued to the corps address a variety of issues that need to be considered as congregations return to the corps for services, including social distancing, cleaning/disinfection, pickups, careful consideration of entries and exits and many other points. Physical contact such as hugging and fist-bumping with friends before or after services are discouraged in the guidelines. Use of hand sanitizers and exercising care in collecting the offerings are recommended.