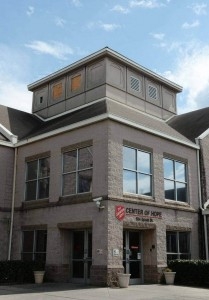 The number of children in North Carolina living in poverty has increased by 25 percent since 2008, according to a report to be released Tuesday, even as the nation recovered from the recession.

The Annie E. Casey Foundation report, which studies factors related to children’s well-being, noted several worsening financial conditions in the state since the recession, but also saw improvements in healthcare and education. The foundation is a private philanthropy that makes grants to nonprofits to respond to issues that negatively affect children.

About 566,000 children, or one in four in the state, live in poverty, according to the report. Two other measures of financial stability – children whose parents lack secure employment and teens who are not in school and not working – also worsened since 2008.

North Carolina ranked 35th overall in the report for child well-being. The state tied with Texas and Kentucky for the 11th highest child poverty rate in the country. The federal poverty level for a family of four is $24,250.

Laila Bell, the director of research and data for the non-profit NC Child, said that the recession was a trigger for some of the changes, but state legislation contributed to the problems.

As an example, she cited the state allowing the earned income tax credit to expire in 2014. Republican lawmakers at the time said eliminating the tax credit, along with other changes, was meant to simplify the system and to spread the tax burden equally.

Bell said the challenges are even larger than the report indicates because it takes the income of twice the federal poverty level to adequately provide for children.

Measuring by that standard, about half the children in North Carolina live in poverty, or more than a million children, Bell said. Children of color are twice as likely to live in poverty, she said.

Nola Davis, 37, is staying in the Salvation Army’s Center of Hope shelter near uptown with her three children, ages 2, 3 and almost 11. She said her family moved there in October after losing its home and living in a hotel for about a year.

Davis recently found a job with Charlotte-Mecklenburg Schools and her children’s father works at the airport.

She said she has continually been rejected by landlords for housing despite being able to pay the rent.

“Once they find out you’re here, it’s such a stigma coming from a homeless shelter that nobody wants to rent to you,” she said. Davis and her family recently found a landlord willing to rent to them, and they hope to move in next month.

Poverty impacts many areas in a child’s life, Bell said. Children in poor households have less access to fresh foods, high-quality schools and green space. Over time, these children may be less prepared for school, impacting their education.

“Coming to school with that on your shoulders is a heavy burden,” said Susan Hansell, executive director of A Child’s Place.

Children living in poverty also spend less time in school because they normally have to use school buses to get home, she said. “They’re not able to take advantage of after-school programs,” she said.

Though poverty affects children at any age, those in early stages of development are particularly susceptible, Bell said.

Davis said her oldest daughter can’t understand all of the circumstances that led to living at the shelter.

“How do you explain that to a child?” she said.

Bell said North Carolina lawmakers could improve conditions for kids in the state by supporting the health of mothers before and during their pregnancies. Better healthcare, possibly through expanded access to insurance for low-income women, can help prevent low birth weight babies.

The state government could also invest more in early childhood education, a key to children’s development and future success in school, Bell said.

Charlotte has a network of support groups and non-profits that can help children and families in poverty, Hansell said. A Child’s Place advocates for homeless children and their families, helping them find healthcare and educational support.

To Battle We Go: Flying a desk