As temperatures hovered around zero, 117 people in Maple Ridge bundled up and braved the cold on Saturday to raise money for the homeless and hungry.

The Coldest Night of the Year walk collected $15,000 for the Salvation Army’s Caring Place and gave people a glimpse into life on the street.

“It’s rather ironic that an event called the Coldest Night of the Year was indeed a really cold night of the year,” said Rebecca Awram, who walked with a team of 21 from Maclean Homes.

“It was really snowy. We all had cold feet.”

Across Canada, 64 communities participated in the annual event, raising $2.2 million.

Participating for the second year, the walk was a tangible way for Awram to give back.

“It was not just about raising money. It was about making a statement,” she said.

“If we find it cold and uncomfortable to go out for an hour, it’s a rather grim reminder of how people live in these conditions.”

Participants from 18 teams signed up to walk a five or 10 kilometres loop through the streets of downtown Maple Ridge and ended their trek at the Caring Place where they warmed up with hot chocolate.

“It normalizes it and makes it less us and them. It shows them that people care.”

The money raised will go towards operating the Caring Place, with much of the funds directed towards its meal program that serves 10,000 meals to 600 clients every month. A portion will also go towards Sonia’s Cradle, a program which helps new mothers and caters bagged school lunches for children in need

“It was cold and wet but it allowed people to feel what it’s like to spend even a little bit of time outside,” said Pilgrim.

“It gives people an opportunity to look at the real issues.”

The Caring Place reports that all its shelter spaces have been filled since temperatures began dipping below zero. That includes all 15 of its cold-wet weather mats, available until the end of March, and the 25 beds it has year-round.

The dump of wet snow over the weekend prompted the shelter to add 10 cold-weather mats to its existing 15 and bring in extra staff.

Metro Vancouver is getting ready to count the number of homeless people on its streets, a tally conducted every three years.

During the 2011 Greater Vancouver Homeless Count, Maple Ridge and Pitt Meadows were the only municipalities in Metro Vancouver, where the number of people without a roof over their heads increased. One hundred and two people were found homeless in March 2011. That was up from 90 in 2008.

Of the 102 – 40 were housed in emergency shelter facilities, while one person was listed as having no fixed address.

The municipalities were the only place in Metro Vancouver where the number of street homeless also rose – to 61 from 40.

The count also identified a growing homeless youth population, one that was tallied at 29 in 2011 compared to 22 in 2008.

Agencies who work with the homeless believe there’s been a reduction in people living on the streets of Maple Ridge and Pitt Meadows since the last count was conducted due to subsidized housing and targeted outreach.

The count takes place March 11-12 and organizers say the numbers should be viewed as a snapshot, not a full, accurate picture of homelessness in Metro Vancouver. 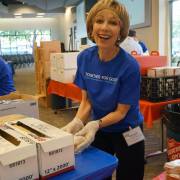 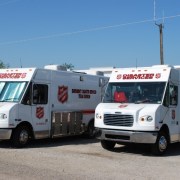