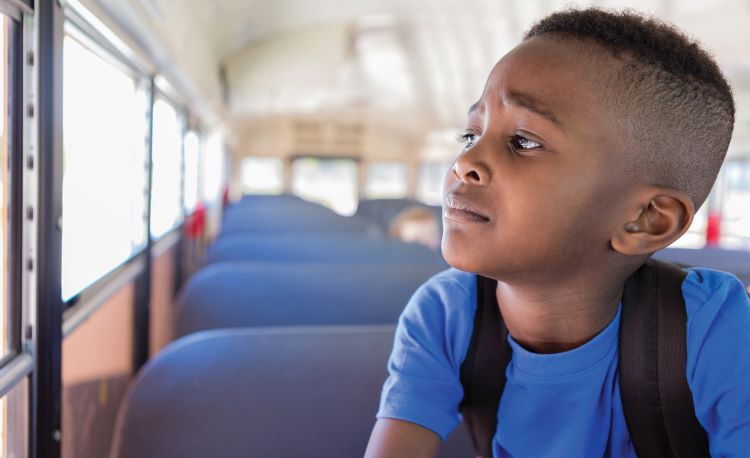 For countless young people, The Salvation Army’s Boys & Girls Club provides a unique refuge, a place where they know they can gather and play and learn in safety. Kids at the Army’s clubs in the Charlotte, North Carolina, area are using that safe environment to talk about their hopes, fears and concerns during this season of soul-searching about race relations in our nation.

Children are not immune to the societal stresses created by the police killings of African Americans across the nation and the ensuing civic unrest. Staff at the Army’s Boys & Girls Clubs in Charlotte are providing sympathetic ears and gentle guidance in hearing members’ fears and concerns about the protests and the issues that sparked them. Local TV station WBTV recently aired a six-minute report on how the Charlotte clubs are interacting with the members and assuaging their anxieties.

“Kids are stressed just as we all are, and sometimes they’re not sure how to vent their fears and frustrations,” said Marty Clary, executive director of the Army’s Boys & Clubs in Charlotte. “We’re trying to give kids the opportunity to respond in non-threatening ways, to have conversations, ask questions and vent their frustrations.”

Clary said many of the club members have asked BGC staff about the killings and protests. The impact of the social unrest on the kids has surfaced in other ways as well, including the art they have produced in their program activities at the clubs.

He said Boys & Girls Clubs staff are trained to talk with the young people and help them work through their concerns, whether they are related to school, family, friends or other areas. Many of the club staff are from the same neighborhoods as the members and have some built-in credibility as role models for them.

“About 80 percent of our staff have already had some training in dealing with crisis intervention,” Clary said. “We deal with these conversations very cautiously but very directly. The front-line staff have managed it very well.”

He said that many of the children, especially the boys, ask for advice about how to react if they are confronted by a policeman.

“We tell them to be respectful,” Clary said. “Do what they ask you to do. Treat the police like you’ve been taught to treat your parents. A lot of the questions we hear center around why people are looting, why the police are shooting tear gas. A lot of the kids are hearing a lot of different things on social media, and we encourage them to be careful about who they’re listening to, that they need to listen to people who have credibility.”

Clary added that most of the conversations related to racial relations come up spontaneously with individual members. Among the older members, however, conversations about race tend to be in more structured talk sessions.

With police departments across the nation under fire, Clary believes it is important that young people not lose sight of the positive things police departments are doing in the community. A recently announced partnership involving the NFL’s Charlotte Panthers and the Charlotte-Mecklenburg Police Department will help the Boys & Girls Clubs do that. Panthers running back Christian McCaffrey announced that he is teaming up with linebacker Shaq Thomson in the “22 Together” program to help make sports activities available to underserved youth through the Police Athletic League.

A portion of the focus of “22 Together” will be the flag football and cheerleading activities, enlisting the support and involvement of community leaders and the police department in coaching and other mentoring roles. The benefits provided by “22 Together” may need to be placed on hold for the time being; like other sports organizations, the status of the COVID-19 pandemic will determine whether PAL football or cheerleading will be an option this fall.

The Salvation Army Serves in the Dark