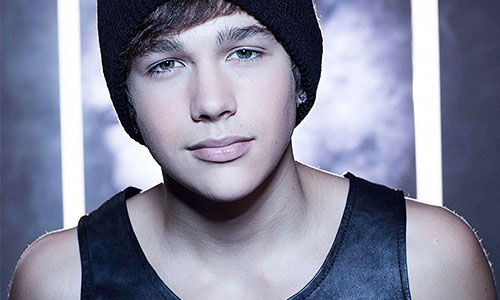 We are thrilled to announce that The Salvation Army will host the fourth annual Rock the Red Kettle Concert at Universal City Walk’s “5 Towers” concert venue in Los Angeles on December 7, with performances by musical artists Austin Mahone, Kelly Rowland, Bean, and Coco Jones!

Hosted and produced by Ned Specktor of Specktor Media, the free show helps raise awareness of The Salvation Army’s 123rd annual Red Kettle Campaign, the oldest charitable fundraiser of its kind in the United States. Money raised during the campaign helps the Army serve 30 million of America’s most vulnerable through an array of programs including food for the hungry, shelter for the homeless and toys for children.

This year, the free concert will be streamed live on The Salvation Army’s Tumblr page at SalvationArmyUSA.tumblr.com, so you don’t have to miss out if you’re not in the area!

Similar to years past, fans can host their own Online Red Kettles by visiting OnlineRedKettle.org. But this year, the Army is saying thanks in a big way by launching the Rock the Online Red Kettle Team sweepstakes and enlisting the help of the artists to raise funds for a chance to hang out with them in person or via a Google Hangout.

By joining the Online Red Kettle Teams of Mahone, Jones or Bean, three lucky fans will win the chance to fly to Los Angeles with a guest to attend the concert and meet the performers. Eight more participants will win the opportunity to virtually connect with the artists through a Google Hangout before the show.

In addition to giving online or to the more than 25,000 bell ringers found on street corners and retail entrances across the country, supporters can donate through the Army’s text-to-give program. By texting the word “KETTLE” to 80888, donors can send $10 to the Red Kettle Campaign through December 24.

Young Salvationist finds release from the pain of depression

Volunteer Gets ‘Paid’ at Disasters