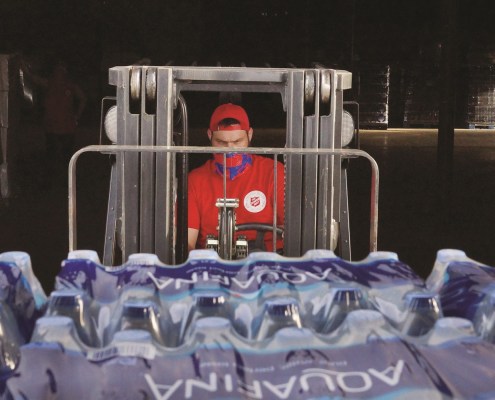 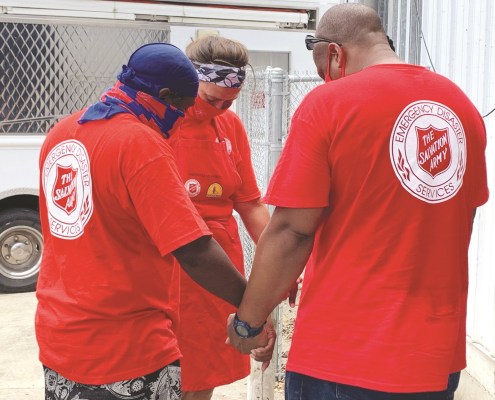 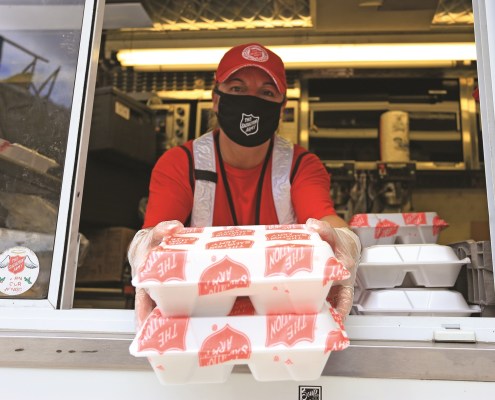 As southwest Louisiana and southeast Texas continue to recover from the devastation caused by Hurricane Laura, Salvation Army disaster relief teams remain on the front lines, offering help where the need for help is immense. The Lake Charles, Louisiana, area is without power and will remain so for as long as four weeks. Municipal water systems have been damaged, and water is in short supply as heat indexes soar above 100 degrees. Major food companies such as Omaha Steaks, Goya and Tyson Foods have made major food donations and are partnering with The Salvation Army to get the food to the people who need it. Pilgrim’s Lufkin, a year-round partner of the Army in Texas’ Angelina County donated meal support in the city of Orange in Texas’ Golden Triangle. The Pilgrim’s team arrived in Orange Saturday morning with a three-day supply of chicken, sides and a custom barbecue pit and served more than 6,000 meals between Sunday and Monday. The team cooked, assembled and distributed the boxed meals in a drive-thru line. 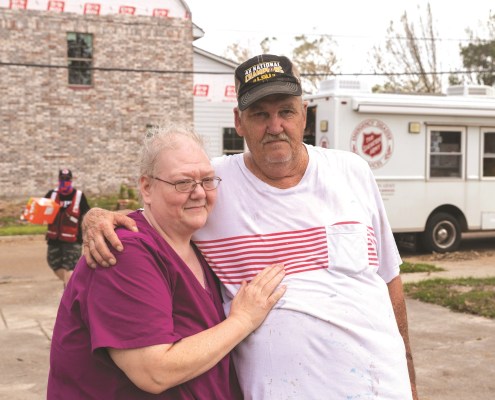 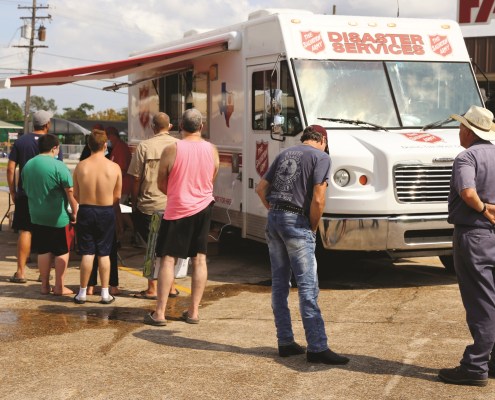 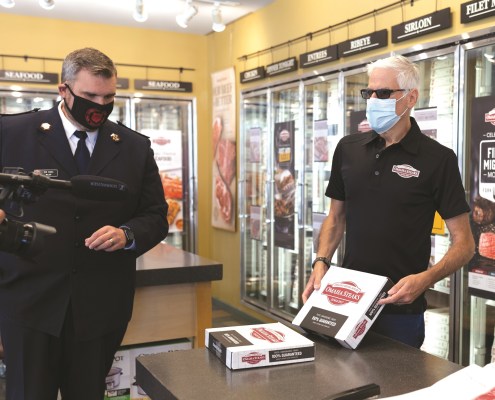 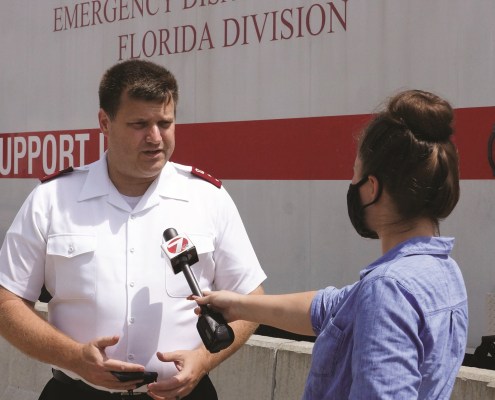 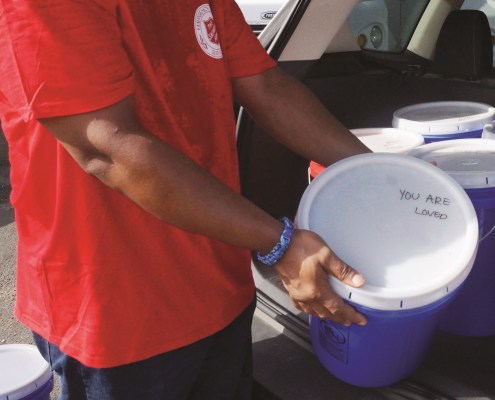 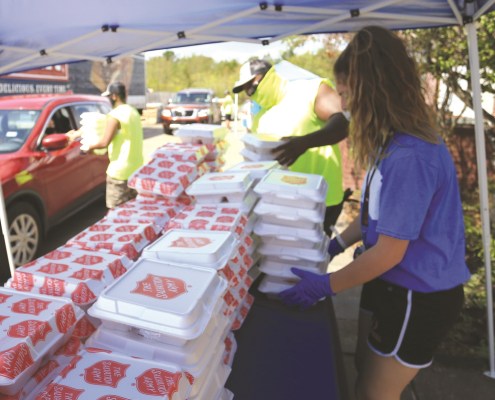 â€œWhen All Else is Failing, The Salvation Army Delivers Hopeâ€� â€“...
%d bloggers like this:
Scroll to top