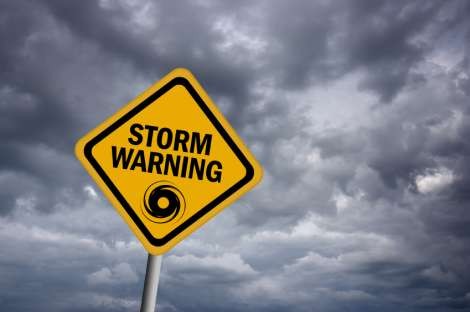 Information for this article courtesy of the National Weather Service’s National Hurricane Center and the Federal Emergency Management Agency.

What is a Hurricane?

A hurricane is a type of tropical cyclone, which is a generic term for a low pressure system that generally forms in the tropics. The cyclone is accompanied by thunderstorms and, in the Northern Hemisphere, a counterclockwise circulation of winds near the earth’s surface.

When are Hurricanes most likely to occur?

Different areas of the world have different times when tropical cyclones are most likely to form. These periods are called Hurricane Seasons:

Tropical cyclones are classified as follows:

Hurricanes are also categorized according to the strength of their winds using the Saffir-Simpson Hurricane Scale. A Category 1 storm has the lowest wind speeds, while a Category 5 hurricane has the strongest. These are relative terms, because lower category storms can sometimes inflict greater damage than higher category storms, depending on where they strike and the particular hazards they bring. In fact, tropical storms can also produce significant damage and loss of life, mainly due to flooding.

When the winds from a tropical cyclone reaches 39 mph (34 kts), the cyclones are given names. Years ago, an international committee developed names for Atlantic cyclones (The History of Naming Hurricanes). In 1979 a six year rotating list of Atlantic storm names was adopted — alternating between male and female hurricane names. Storm names are used to facilitate geographic referencing, for warning services, for legal issues, and to reduce confusion when two or more tropical cyclones occur at the same time. Through a vote of the World Meteorological Organization Region IV Subcommittee, Atlantic cyclone names are retired usually when hurricanes result in substantial damage or death or for other special circumstances.

Storm surge and large waves produced by hurricanes pose the greatest threat to life and property along the coast.  Storm Surge is an abnormal rise of water generated by a storm’s winds. Storm surge can reach heights well over 20 feet and can span hundreds of miles of coastline.

In the northern hemisphere, the highest surge values typically occur in the right front quadrant of a hurricane coincident with onshore flow; in the southern hemisphere, the left front quadrant. More intense and larger hurricanes produce higher surge. In addition, shallower offshore waters contribute to higher storm surge inundation.  Storm surge is by far the greatest threat to life and property along the immediate coast.

Storm Tide is the water level rise during a storm due to the combination of storm surge and the astronomical tide.  For example, if a hurricane moves ashore at a high tide of 2 feet, a 15 foot surge would be added to the high tide, creating a storm tide of 17 feet. The combination of high winds and storm tide topped with battering waves can be deadly and cause tremendous property damage along an area of coastline hundreds of miles wide.

The destructive power of storm surge and large battering waves can result in loss of life, buildings destroyed, beach and dune erosion and road and bridge damage along the coast. Storm surge can travel several miles inland. In estuaries and bayous, salt water intrusion endangers public health and the environment.

Hurricane-force winds, 74 mph or more, can destroy buildings and mobile homes. Debris, such as signs, roofing material, siding and small items left outside become flying missiles during hurricanes. Winds can stay above hurricane strength well inland. In 2004, Hurricane Charley made landfall at Punta Gorda on the southwest Florida coast and produced major damage well inland across central Florida with gusts of more than 100 mph.

Tropical cyclones can also produce dangerous tornadoes.  It is not unusual for tornado watches to be issued as a storm makes landfall and these can continue well after the storm moves inland.  Listen for tornado warnings and take cover as directed.

Tropical cyclones often produce widespread, torrential rains in excess of 6 inches, which may result in deadly and destructive floods. In fact, flooding is the major threat from tropical cyclones for people living inland.

Flash flooding, defined as a rapid rise in water levels, can occur quickly due to intense rainfall. Longer term flooding on rivers and streams can persist for several days after the storm.

Rainfall amounts are not directly related to the strength of tropical cyclones but rather to the speed and size of the storm, as well as the geography of the area. Slower moving and larger storms produce more rainfall. In addition, mountainous terrain enhances rainfall from a tropical cyclone.

Even if a tropical cyclone stays well offshore, it can still be dangerous.  The strong winds of a tropical cyclone can cause dangerous waves that pose a significant hazard to mariners and coastal residents and visitors. When the waves break along the coast, they can produce deadly rip currents—even at large distances from the storm.

Rip currents are channeled currents of water flowing away from shore, usually extending past the line of breaking waves that can pull even the strongest swimmers away from shore.  In 2008, despite the fact that Hurricane Bertha was more than a 1,000 miles offshore, the storm resulted in rip currents that killed three people along the New Jersey coast and required 1,500 lifeguard rescues in Ocean City, Maryland, over a 1 week period.  In 2009, all six deaths in the United States directly attributable to tropical cyclones occurred as the result of drowning from large waves or strong rip currents.

To prepare for a hurricane, you should take the following measures:

An Emergency Supplies Kit Should include:

If a hurricane is likely in your area, you should:

You should evacuate under the following conditions:

If you are directed by local authorities to do so. Be sure to follow their instructions.

If you are unable to evacuate, go to your safe room. If you do not have one, follow these guidelines:

Familiarize yourself with these terms to help identify a hurricane hazard:

Tropical Depression. An organized system of clouds and thunderstorms with a defined surface circulation and maximum sustained winds of 38 MPH (33 knots) or less. Sustained winds are defined as one-minute average wind measured at about 33 ft (10 meters) above the surface.

Tropical Storm. An organized system of strong thunderstorms with a defined surface circulation and maximum sustained winds of 39–73 MPH (34–63 knots).

Hurricane. An intense tropical weather system of strong thunderstorms with a well-defined surface circulation and maximum sustained winds of 74 MPH (64 knots) or higher.

Storm Tide. A combination of storm surge and the normal tide (i.e., a 15-foot storm surge combined with a 2-foot normal high tide over the mean sea level created a 17-foot storm tide).

Short Term Watches and Warnings. These warnings provide detailed information about specific hurricane threats, such as flash floods and tornadoes.

#FreePlugs: The Salvation Army in France and Belgium Switch On New Campaign